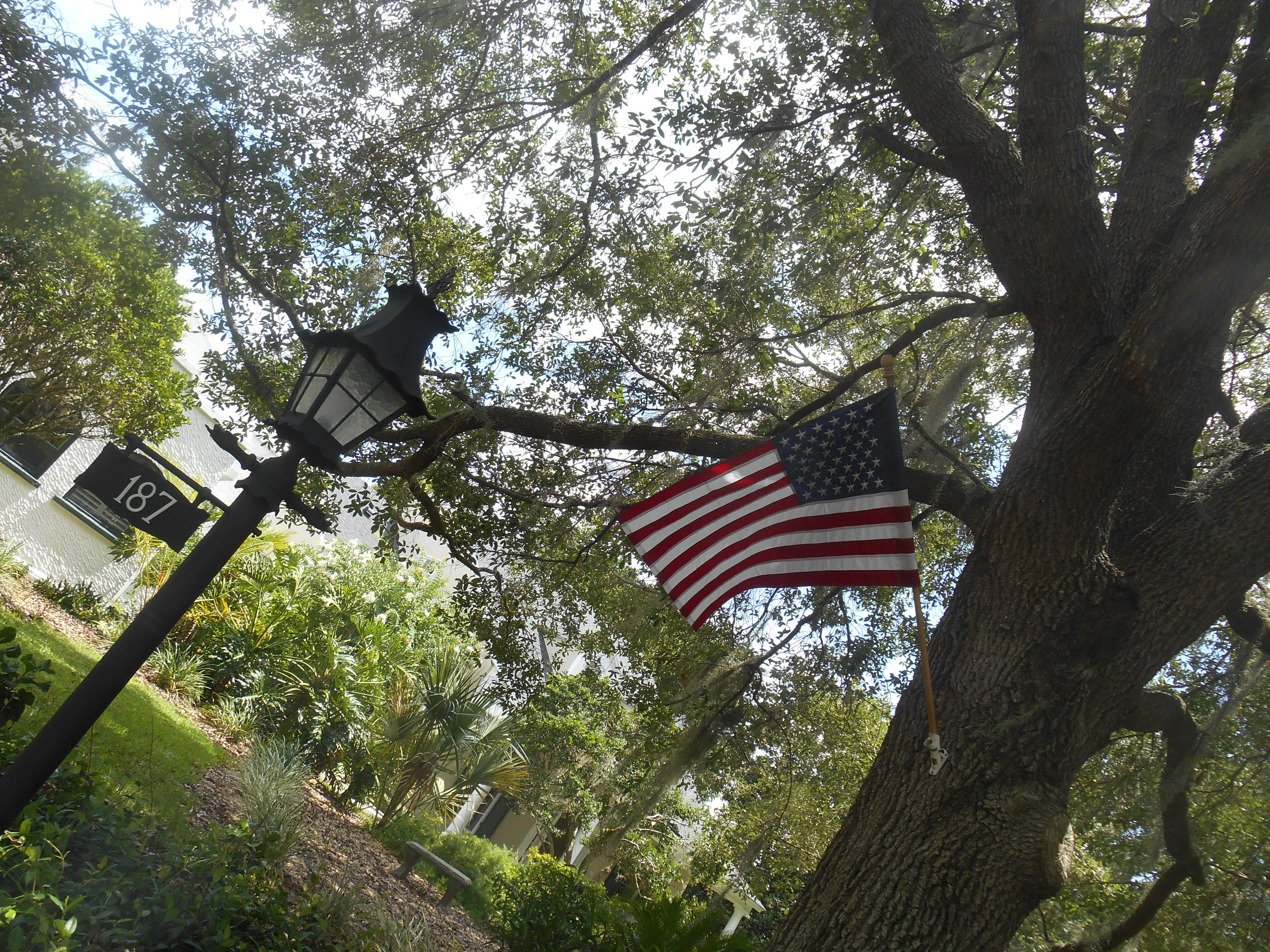 I have at times had an issue with saying or writing this. Memorial Day is a day when we pay tribute to those Americans who have made the ultimate sacrifice for this country. Wishing anyone a “Happy Memorial Day” seemed weird, inappropriate.

I think I may now be okay with it.

This past week I had a meeting with Winter Park Chief of Police Michael Deal. If you have not met him, let me assure you he is everything you want in a police officer, someone to lead them. I do not want my Local police department to be filled with touchy, feely types. Their jobs are often not easy, even dangerous, require someone quite different. But I do want them, each man and woman, to have a healthy dose of humanity. Chief Deal, from the first time I ever encountered him on Park Avenue, has proven to me he is just such an individual.

The purpose of our meeting was to discuss opportunities to work together utilizing my new podcast platform. But our conversation was broad, covering much about Winter Park and the type of community it is. Chief Deal has worked in other Florida communities, brings a unique perspective to this job, his views on Winter Park. Though I surely knew some of what he said, it was interesting and beneficial to hear him say it.

He talked about how unique it is to serve in a community where residents are so active within the community and so often demonstrate how much they care about it, where so many activities designed to include the entire community take place. He specifically mentioned hand-written thank you notes recently received by members of the Winter Park Police Department during National Police Week. He also referenced the many events which take place in Winter Park, events like the St. Patrick’s Day Parade, the homecoming parade for Winter Park High School. Another would be the Veterans’ Day event in Hannibal Square each November.

His comments had me considering all the many events which occur during the year, ones which require a time commitment to occur, some a multitude of volunteers, all which require an interested and engaged citizenry to make work year after year. There are many.

I’ve referenced many times in pieces I’ve written a description of Winter Park offered by the husband of the couple from whom we purchased our first home here. Knowing we had at the time visited Winter Park only twice — once to look a properties and once for an inspection of the home we purchased — he described Winter Park to us as “Mayberry with money”.

Growing up in North Carolina, a LUVer of small towns and someone who appreciates traditional and, yes, perhaps old school America, American values, the description could not have been more enticing. And while the whole “money” thing in Winter Park gets much too much attention for the range of people who actually live and work here, over the almost thirteen years I have lived here, I have found his description to be delightfully on point.

I thought of these comments, what they brought to mind, after an encounter on Saturday driving up Pennsylvania Avenue, at the intersection with Canton. As we approached, ahead we saw a Volvo stopped at the intersection, the driver side door open wide. There, on the corner, someone in a wheelchair had fallen over, and the woman in this Volvo, as well as in a silver car coming in the opposite direction, had both immediately abandoned their vehicles, rushed to the individual’s aid. It took us a few seconds to understand what exactly was going on, and the Volvo driver was soon headed back to her car, having helped the individual back into his chair. As she got back inside, she waved to us, as if to apologize for the brief delay we had experienced. On the contrary, I wish she knew how her behavior, that of the gentleman in the car opposite her, had made my day a more positive one. Positive, yet, not surprising, viewing this community as I do.

This is the community described by Chief Deal, where people get involved. It also a community where we look out for one another, care. It is all the best qualities I would ascribe to that fictional town of Mayberry, a good dose, perhaps, of what Norman Rockwell would portray if he was still creating Artful magazine covers celebrating the best of America.

When people go off to war, putting their own lives on the line, they do not do so just because. They do it because there is something they believe in so strongly, that they LUV so much, they wish to protect it. He or she believes even the possibility of sacrificing his or her own life would be reasonable to preserve it.

Memorial Day has its sad, somber and deserved reverential side, as we remember brave individuals, pay tribute to them. But in paying tribute to them, yes, I believe it is important to take time to recognize all the unique and special parts of this country which would lead someone to put everything on the line. We have had drafts in this country, yes, but mostly ours is a volunteer force. These are people who believe in something. And that simple something is often us, our way of life.

I am both honored and privileged to live in a community which still exemplifies so many of the amazing qualities which make this country great, surely led so many of these brave men and women to serve in the first place.

God bless them, the country they LUVed.

1 thought on “A LUVly Place For Memorial Day”